Bring it, you say, bring it because it’s coming anyway and do what you have to and don’t ever look back because that’s where the danger lies, when you’re twisting your hair around your finger, tilting your face to the sky, blinded by the white sun, and then it is 1982 all over again, there you are in the back of Gordon’s car with Amy and Charlie Baker—Charlie Baker, alive again!—Gordon driving way too fast down that dark mountain—suicide road—high summer, hot night air blasting through the car feels so good and if Charlie Baker doesn’t get his hand off your knee you’re going to cut it off, you tell Gordon to slow down but he laughs while Amy rubs her beer can against the back of his neck, she turns around to grin at you—hair blowing, thick blonde curls like it was back then, like her poodle, Princess, the one her piece of shit stepfather claimed ran away but everyone knows he sold her, or gave her away, or took her out to the middle of nowhere and dumped her, and you realize that right now, this second, Princess is safe at home, as alive as Charlie Baker—get your fucking hand off me—and you wonder what can you do, is there a way to save her and should you even if you could because that butterfly effect and all, why doesn’t anyone ever prepare you for this, you think, why don’t they teach you in school that the past can pluck you like a piece of fruit from the bowl and somehow put you right back on the limb, and all the same old fears and dreams and idiocies are still right there, you haven’t learned a thing, because why else would you still be flying down this twisting mountain road like a scene from some B movie where the kids all end up dead and everyone needs to learn something, needs to point a finger in blame, but you know only Charlie will die, not now but soon, and Princess will disappear after all and Amy will marry Gordon but not for long and Gordon will disappear and Amy will fight with you and disappear but then get sick and call you and her hair will be gray, she’ll have lost too much weight and your hair will be gray, you’ll have gained too much weight, and you’ll leave husbands and kids and dogs behind to take off to someplace warm where you’ll drink too much, talk too much about yesterdays and how it all could have turned out better, or not, and you’ll put your hand on her knee and she’ll twist her hair around her finger and laugh in the sunshine and you’ll both wonder if you can ever save anyone, even yourselves, so fuck the danger and bring it, you’ll say, bring it because it’s coming anyway and do what you have to and don’t ever look back. 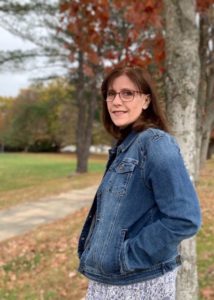 Cathy Cruise’s stories have appeared in journals such as American Fiction, Appalachian Heritage, Blue Mesa Review, Pithead Chapel, New Virginia Review, Phoebe, and Michigan Quarterly Review. She published her first novel, A Hundred Weddings, in 2016. Her awards include an American Fiction prize, a Washington Independent Writers Award, and a Pushcart nomination. She has a degree in English from Radford University and an MFA in creative writing from George Mason University. She grew up in Southwestern Virginia and now lives with her family in Northern Virginia, where she works as an editor.