Vestal Review’s Editor, David Galef, has published over a dozen books, including the novels Flesh, Turning Japanese, and How to Cope with Suburban Stress (listed by Kirkus as one of the Best 30 Books of 2006); the short-story collections Laugh Track and My Date with Neanderthal Woman (winner of Dzanc Books’ Short Story Collection Award); two children’s books, The Little Red Bicycle by Random House and Tracks by William Morrow Junior; a co-edited anthology of fiction called 20 over 40 (University Press of Mississippi); and the poetry collections Flaws and Kanji Poems (David Roberts Books). His latest volume is Brevity: A Flash Fiction Handbook (Columbia University Press). His website is www.davidgalef.com, his Twitter handle @dgalef. He’s a professor of English and the creative writing program director at Montclair State University. 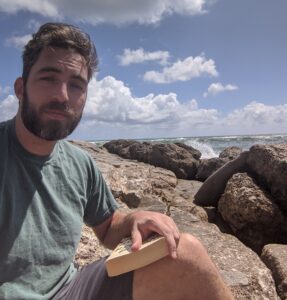 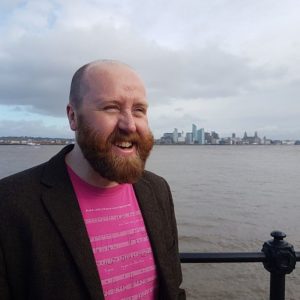 Contributing Editor Phil Olsen is a short story writer from Liverpool, UK, who enjoys finding the absurd in the everyday. He has a Creative Writing MA from the University of Manchester and has won three flash fiction competitions – Northern Short Story Festival 2017; Writing on the Wall’s WoWFest 2016; and Book Week Scotland 2014. His writing has appeared in Bath Flash Fiction and Flash Fiction Festival and is forthcoming with Comma Press. You can find him online at polsen.co.uk 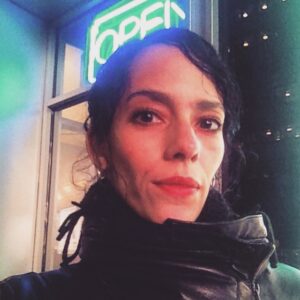 Contributing Editor Blaise Allysen Kearsley is a Brooklyn based writer, teacher, artist, and storyteller, who mostly prefers things you can do indoors. She identifies as Black, biracial, or person of color. Her writing has appeared in Longreads, VICE, Electric Literature’s The Nervous Breakdown, Cringe: Teenage Diaries, Journals, Poems, and Abandoned Rock Operas, Mortified: Real Words. Real People. Real Pathetic., and elsewhere. She teaches memoir and personal essay writing workshops, and is also the creator, producer, and host of the long running How I Learned, a live storytelling / comedy / reading series. Find out how to pronounce all her names at: blaiseallysenkearsley.com

Art Editor Angie Kang is an artist and writer living in Providence, Rhode Island. Her writing has been published or is forthcoming in Narrative, Porter House Review, Lunch Ticket, Hobart, 5×5, and others. In 2020, she won first place in the Casey Shearer Memorial Award for Excellence in Creative Nonfiction, the Kim Arstak Memorial Award for poetry, and the Beth Lisa Feldman Prize in Children’s Literature. Find more of her work at www.angiekang.net, or on instagram @anqiekanq. 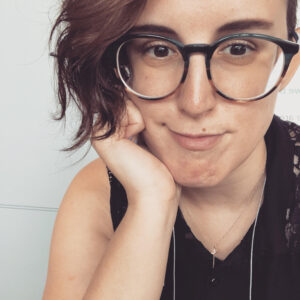 Social Media Coordinator Heather Lockhart lives in New Jersey, spends too much time on social media, and is allegedly a writer. If you remove two words from her business card, her title reads ‘Disaster.’ She’s just happy to be here.

Co-Founder Susan O’Neill is the author of Don’t Mean Nothing (Ballantine 2001), a collection of short stories based loosely on her hitch as an Army Nurse in Viet Nam; as well as Calling New Delhi for Free: And Other Ephemeral Truths of the 21st Century (Peace Corps Writers, 2013). Her stories and essays have appeared on line and in print, in commercial and literary magazines, professional journals, Spoken Word zines and, in the Old Days, in real newsprint.