One summer, twelve years old, beside a boy he barely knew, he drowned himself in the church camp lake, both of them watching each other for panic or surrender while they stood where their heads nearly crowned the surface.

No one noticed them resurface, but he was the first to grasp the dock and pull himself up, holding on and watching the boy below him stand still while he clung and counted, reaching thirteen just as the boy surfaced.

Neither of them could swim. Carefully, hand over hand along the dock’s slippery railroad ties, they had crept to where a white 6 was painted on the highest tie. A flurry of boys who swam had ignored them while they had held hands and let go, sinking until they stood one step from safety.

Neither spoke as they worked back to the white 4 where an orange-beaded rope stretched to the opposite dock. The lake followed them, shy and silent, to their cabin where it puddled outside, waiting to trail them to dinner, lapping at their feet while they swallowed meatloaf and baked beans, drank the sweet, metallic tea.

Later, outdoors for a sermon surrounded by evening hymns, the lake rippled between them while they lip-synced. When its waves dampened their shoes, they inched closer together, their knees touching. The boys on either side of them sang each verse of every hymn in a falsetto near helium-squeak that sounded trapped as a damaged soul.

After lights-out, the lake deepened by their beds. In the dark, it soaked their sheets with stories that began, “Underwater, the seconds stretch into a scream.” Its spray shimmered where thin moonlight seeped through a small, sealed window, its voice now hoarse, then going so thick the words reached them like tongues seeking their bodies to be sure they were not alone. 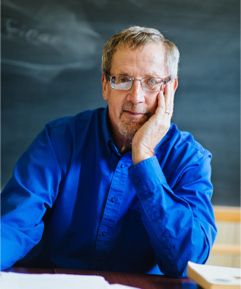 Gary Fincke’s latest collection is The Sorrows (Stephen F. Austin, 2020). His story “The Corridors of Longing” appears in Best Small Fictions 2020. The essay “After the Three-Moon Era” was selected to appear in Best American Essays 2020. He is co-editor of the international anthology series Best Microfiction.