“Condensed to Flash: World Classics,” an anthology for people who love concise writing that is intense, entertaining and educational.

Most classics are far from dry and boring stuff that was left to lie half-forgotten on the dusty back shelves of a school or college library. Still, they may lose some of their appeal to busy generations raised with computers and social media. Our anthology to the rescue. While condensed, our stories maintain the essence and allure of the classics while being short, fun, contemporary, engaging and yet deep and witty. Yes, flash literary fiction is even more cool and compelling than zombies, vampires and however many shades of grey are out there.

These updates, re-sizes, re-casts of classics are brilliant and entertaining. It’s a great idea for book, and few could bring it off like these two well-known flash editors. These aren’t just summaries or fractured fairy tales we’ve seen before, but dazzling literary works. Definitely highly recommended.

This anthology features variations on the themes of world classics, condensed to 500 words or fewer. They are not summaries or CliffsNotes, but literary stories that stand on their own, the way Shakespeare or the Brothers Grimm were “retelling” what was written or told before them.

As Jules Verne said, “You are going to visit the land of marvels.”

Our Kickstarter campaign was a smashing success thanks to our generous supporters: 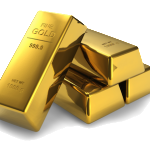 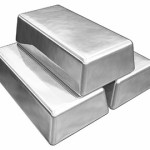 Update: Submissions for the anthology are closed now.

Q. Do you see one outcome of your “Condensed to Flash” anthology to inspire people to read the original classic?

A. Yes, this is one of the outcomes, but we always wanted to kill several birds with one stone (figuratively speaking). We also want to entertain the reader and give an outlet for the writer’s creativity.

Status update as of March 6, 2015: We have reached our goal of 20 stories for the Condensed to Flash anthology at last and might have a few more as a bonus. The wait is almost over.

Status update as of June 1, 2015: The anthology is completed. We sent the digital issues to the Kickstarter supporters and the contributors. The Kindle version will be available for purchase to the public shortly. Stand by for the link.

Status update as of June 3, 2015: The anthology is completed. This is the link to purchase it on Amazon.