He dies and comes back as a book. He is a war hero whose bravest act each day is to climb out of bed, he is an ex-con, free at last, who turns his rented room into a prison cell, he is a lonely widow, without family or friends, whose mood lifts when she is sent to the hospital with Covid, he is a weekend dipsomaniac, a reclusive polyglot, a nun with a gambling habit, he is an antiwar activist who travels across country by train to bury his brother in Arlington National Cemetery, he is a husband and wife stuck in an unglued marriage, he is a pair of troublesome twins, Alice and Alex, nicknamed Alas and Alack by their fed-up father, he is a travel guide who arranges small wars for tourists, he is an atheist who awakes from a coma speaking in tongues, he is his father, his mother, his brothers, all gone, he is a writer who dies and comes back as a book. 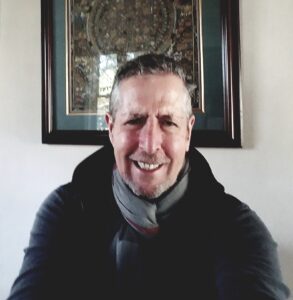 Donald A. Ranard’s work has appeared or is forthcoming in The Atlantic, The Journal of Compressed Creative Arts, 100 Word Story, The Washington Post, The Boston Globe, the Los Angeles Times, The Best Travel Writing 2005, and elsewhere. A resident of Arlington, VA, he has lived in a dozen countries in Asia, Europe, and Latin America.