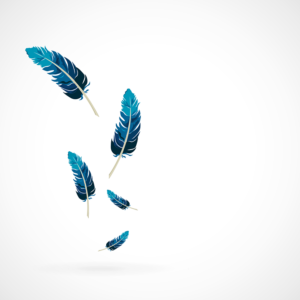 It’s been two decades since the birds all fell from the sky. My sister Lucy and I watched the silver-suited bodies deposit robins, hawks, cardinals and mounds of other nameless birds into bright orange bins. We watched for months, mostly from pixelated screens. It was big news: Soon, no more birds.

There was no reason given.

Gut gray and red splotches mottled sidewalks and roads, car windshields and my mother’s sky blue dress. She had stepped outside, headed to a cousin’s wedding. The bird fell smack on her shoulder as we stood in our small yard. It was a white bird, and Lucy suspected it was a stork, the kind that brings babies to surprised young couples. My mother said it was just a goddamned seagull and it had ruined her dress. She took another pale blue pill to calm herself before changing. The little pill was the same color as the bird-marred fabric.

We were told never to touch the fallen birds. The Society of Aviana formed within weeks and announced we must mourn, yet remember. They painted feathers on our faces and gave classes on bird calls so we wouldn’t forget.

Everyone went screaming into the house when the bird fell on my mother that day. I did not. I ran to the bird and pulled one long feather from its wing. Later, I clipped the tip of the quill, hid it in an old book and promised myself I’d write a story about it someday.