Beginning. My father left my mother and me when I was twelve. His letters smelled of oak and gasoline; they were always warped, both literally and otherwise. Long-winded diversions and perfunctory apologies. I traced the imperfect orbs mistaken for teardrops, areas of the paper darker than the rest; they bubbled up above the ink like clouds, threatening rain. How could tears be colored? To this day I don’t know what caused me more trauma: the thought of my father crying or the realization that he wasn’t. Middle. My father shows up drunk on a Saturday and takes me fishing. I’m sitting on a canvas folding chair at Carnasie Pier for two hours while Dad throws back a 6-pack of Budweiser, cursing the stubborn sons of bitches that refuse to bite. “What’s wrong with Mom?” I ask out of the blue. “She’s sick in her brain,” he says as natural as though he were giving the time. Then he packs up the empty cooler and drives me home in the dark, unable or unwilling to detect the water in my eyes. End. My mother dies of anorexia when I am twenty-one. I’ve been working as a model for three years and I have money. Dad comes to live with me. We don’t talk about Mom’s death or how either of us could have saved her. We spend time in the garden; my father tunnels his cracked hands through the soft soil and I plant seeds in the holes he makes. Some things never change. We eat in silence, mostly. On Sunday mornings I awake to the smell of banana pancakes. I smother them in more than my share of butter, and drown the fluffy brown discs in syrup. Dad says it’s enough but it never is. 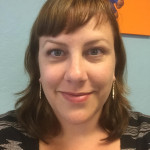 Joscelyn Willett lives and writes in the SF Bay Area. Her latest endeavors include working on a novel and planning Thanksgiving dinner. More of her short stories can be found here.