After adjusting for inflation and the declining value of money since colonial times, was the purchase of Manhattan for $24 really such a great deal?

The easy answer to your question is yes and no. While $24 may seem exorbitant under ordinary circumstances, what is ordinary is wholly dependent on time and place, as you rightly point out. Historically speaking, however, you seem to be confused as to colonial times, our current neo-colonial drift, and the old-fashioned colonial period. This is a common error we may safely brush aside once it is understood that the colonial period is best referred to as an exclamation point nowadays, whereas an old-fashioned is still served with a dash of bitters. That being said, and notwithstanding the sympathy I feel for your resistance to high prices, the wise man must be prepared to relax his standards when he finds himself on a transcontinental train, for example, or in some other closed-market environment. As a case in point (and I hasten to add that this was due in large part to a shortage of limes and to a certain arctic euphoria induced by six weeks on a dog sled), I once paid $150 without the slightest hesitation for a watery Gin Rickey and a small bowl of crackers at the Gold Dust Lounge on Hudson’s Inlet. Without the slightest hesitation, I say, because the wise man readily accepts such immutable laws as supply versus demand in the same spirit as a reed accepts meteorological laws–bending with the breeze, lest stubborn parsimony should lead us to a foolish rigidity in both thought and bone, and we end up frozen in the tundra. This is not to say that budget-minded drinkers inclined to whine over $24 Manhattans wouldn’t be well advised to avoid backstreet dives and the urge to impress dark-eyed witches who may call themselves Brigitte Bordeaux but who speak a very dubious French and are mere shills for the management. I am speaking of clip-joints like the Kit-Kat Klub in Cairo, where two cups of warm champagne nearly cost me my life. When I awoke, she was gone, along with the better part of my joie de vivre, 12,000 Algerian dinars, and a new pair of sandals. 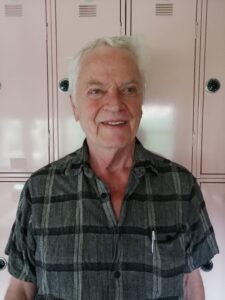 Robert Kettering writes: “I am an American, long-time resident of France, 79 years old, handsome, father of three children, part-owner of a small dog, and my wife is French.”