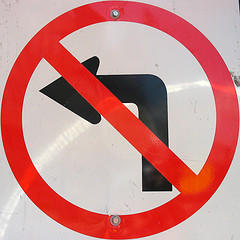 When Dena opens her eyes, she sees the doctor hovering.

“How are you feeling?”

Her left hand lifts to caress his cheek. Dear God!

He replaces her arm, focuses on the incision in her scalp.

The hand snakes its way up to his ear lobe, pulls.

“Sorry, can’t control it,” she whispers.

His brows lift. “Nurse!”
The male nurse with sculpted biceps holds her arm down.

As the nurse checks her temperature, her left thumb strokes the bulge in his bicep.

“My thumb’s doing this on its own,” she explains.

There are benefits to this phenomenon. At home, her left hand doodles on a writing pad: The doc’s hot. She’s become ambidextrous. Her physical therapist is dumbfounded with the strength in her left arm; she can now do one-arm push-ups.

But the condition becomes her nemesis at the supermarket, choosing healthy items she won’t eat: asparagus, hummus, spinach. Her hands wrestle at checkout, removing and replacing groceries on the belt. She gives up, pays.

Craving a cigarette, she steps out to her apartment’s balcony. Before the first puff, the hand slaps her. Determined not to let her own arm police her, she places the cigarette between her lips. Again, wham.

She hurries to the doctor.

He asks, “Any recurrence of the seizures?”

“The surgery was successful, then,” he says. “But your cheek! Did you run into something?”

The left hand makes a fist, daring her to respond.