Whenever she goes to the aquarium, she visits the octopus. It refuses to make eye contact, but if it did, she knows they would understand one another.

Octopuses can see with their arms

He warned her off when they first met, told her again and again she should leave, especially on his bad days. But his touch was gentle even if his words were not, and when she ran her hands over his scars, she could see inside to the part that hadn’t hardened. His core is wet cement, still soft enough to write her name on.

Octopuses can change the color and pattern of their skin

She’s learned to make herself invisible when he’s looking for a place for the anger to go. She sits very still on a chair that matches the color of her clothes while he paces back and forth, ranting. She hugs her knees into herself and lowers her head, until she’s the shape of a cushion. People don’t scream at cushions, and cushions can take a punch. They look hollow for a minute, but then they puff right back out.

Her friends try to get her to leave him, but she’s living in a hurricane. When she’s in the eye, she can’t believe the storm will come again, and when it does, she remembers the eye—how beautiful the stillness was after the wind, how much clearer the sunlight is after the rain. And yes, he’s broken her heart, but she still has two left. 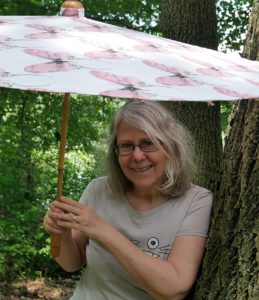 M.P. McCune lives in New York City with her family and a bearded dragon. She writes flash in the scraps of time left at the end of the day, and frequents Twitter as @MPMcCune2. Her work has appeared in Atlas and Alice, The Journal of Compressed Creative Arts, among others, and most recently in the Mythic Picnic Tweet Story Project v. 3 and 4.