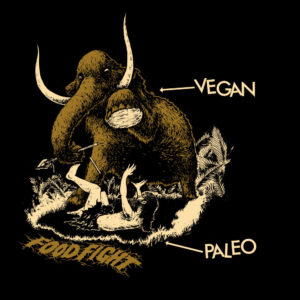 At first it was like any other morning–alarm buzzing, head wine-heavy on the pillow. Harder to lift than usual, though, with the antlers that weren’t there the night before. And I have a tail, you mused. That woke you.

Wonder soon turned to worry about disguises. How to hide a twelve-point rack?  Then there was your posture…strutting ungulate. Going to the office was out; good thing work-from-home was your norm. But before long, the benefits materialized. You strolled downtown–strangers genuflected. Some even danced, in eldritch shuffling circles. Brakes screeched, dogs howled and mumbling derelicts flung themselves at your feet. Word spread quickly; “reindeer man” went viral.

In time, the mayor created a consultancy just for you. The scandalous post-modernist flew in from the Costa Brava to sketch you out in umber, limonite, and charcoal. Tabloids called you sexy shaman, clever fraud, sorcerer. You felt more vital than ever before. When one crisp October day a mastodon shambled down Main—the first of many–you knew just what to do for fruitful hunting. Men flocked to you for wisdom as the snowdrifts piled.  Winter lingered, lawns turned to permafrost. You grew a shaggy pelt.

Now that seems epochs ago. You dream, long frozen nights, of torch-lit caverns and ceremonial kills. You spend hours and hours alone, painting yourself in red and yellow ochre. Then you meticulously cover your walls with scenes of bison, cave bear and thrusting spears. And you wait for the dire wolf’s call.