Owen Hart is a pro wrestler neither of us like, and we watch him fall from the rafters to his death live on pay-per-view in 1999. We’re sitting in the cool darkness of your basement, two coal valley redneck nerds with fathers who paint cars for a living, mothers manning phones at credit card companies. ATVs in the garage. Dale Earnhardt posters on the faux-wood paneling. Owen Hart drops from the ceiling of the Kemper Arena in a stunt gone wrong, and the middle-aged announcers turn to the camera and explain this isn’t part of the show, not exactly, that this is as real as real gets. You laugh uncomfortably and say, dur, only an idiot would fall, and I snicker and neither of us know you only have four years to live, that you will drown in the river snaking past our houses and the spoil tips in the forest beyond.

Twenty years later I’ll drink too much bourbon. I’ll find footage of Owen Hart’s death on the internet. Watch it over and over. Rewind so his plummeting body ascends like a saint, the raptured. I’ll find a clip of Owen’s brother Bret in another wrestling ring, thanking the fans for their support during this difficult time—his grieving, his mourning. Bret looks at the viewer, and I freeze the clip and wonder if there’s a sliver of him that likes it, that feeds off the attention, that secretly, deep down, in the very worst parts of himself, truly believes he’s smarter, quicker, better for being the one who escaped. 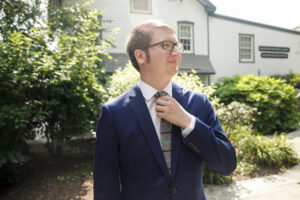 Salvatore Pane is the author of three books, the novels Last Call in the City of Bridges and The Theory of Almost Everything, as well as Mega Man 3, about video games. His short work has appeared in Indiana Review, American Short Fiction, Story Magazine, and many other venues. He is an associate professor at the University of St. Thomas and can be found online at www.salvatore-pane.com.